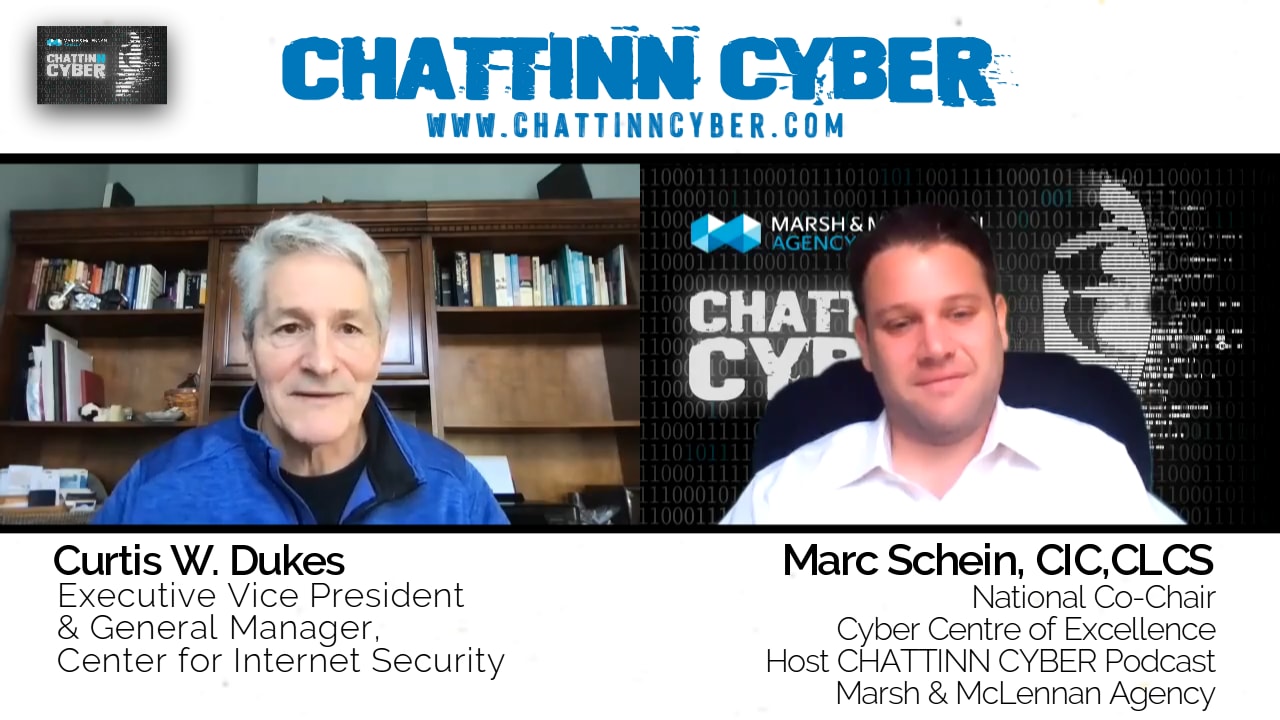 In this episode of Chattinn Cyber, host Mark Schein talks with Curtis Dukes, the former director of the National Security Agency (NSA) and the current Executive Vice President of the Center for Internet Security (CIS),  a non-profit organization that aims to make the connected world a safer place.

Their conversation begins with a discussion on Curtis’ background, specifically on his experience in the NSA. After spending more than three decades in service to the agency, he learned the following:

Curtis also talks about the CIS, giving an in-depth explanation of its goals and current efforts. In addition to providing cyber-threat intelligence and analysis to State, Local, Tribal, and Territorial government entities (SLTTs), the organization has also introduced controls and benchmarks that allow businesses to develop effective strategies against cyber-threats. He further recommends that business owners show the efforts they’ve put into building their defenses when trying to obtain a cyber-insurance policy.

Regarding future trends, Curtis explains that the next few years will see ransomware playing an increasingly crucial role in cyberspace. To address this issue, the CIS has developed a community defense model that is based on genuine attack techniques. Published last August 2020 to much acclaim, this program will help businesses mitigate the risk of cyber-threats, enabling them to protect themselves from malicious agents.