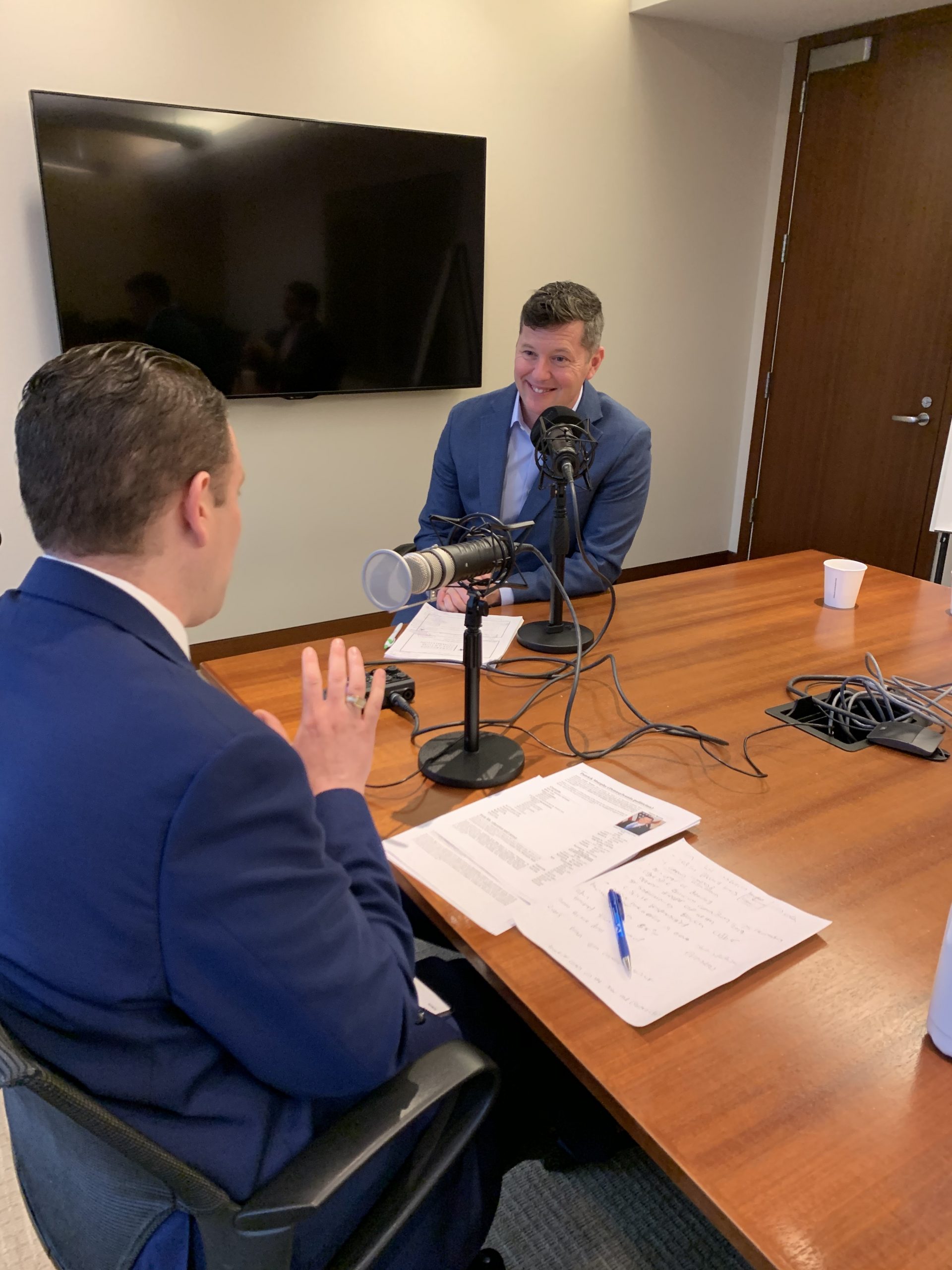 In this episode, Marc Schein interviews former Congressman Patrick Murphy. Beginning as a Division 1 athlete turned West Point faculty member, the Pennsylvania native eventually entered into a multi-tour deployment after 9/11 and then returned to the U.S. to serve in Congress. Accomplishing much more than the average American within just a few short decades, Murphy has experienced and witnessed some of the major formational moments that have rocked our country both for better and for worse.

Following in the footsteps of many war veterans like Sam Walton of Walmart, Ralph Roberts of Comcast, Phil Knight and Bill Bowerman of Nike, and Frederick Smith of FedEX, Patrick Murphy’s commitment to bolstering the success and advancement of our country did not end upon leaving the field or the office. Years later, this “soldier for life” finds himself once again serving the American people, this time in the form of cyber security.

Murphy explains, “In warfare, we [say that] the first four domains are air, sea, space, and land. The fifth domain is cyber. That fifth domain isn’t just in the battlefield. It’s here.” Schein and Murphy discuss how U.S. cyber safety is not a hypothetical, distant threat but an active, invisible war that exists both nationally and internationally. Financial institutions, energy grids, the telecom industry, and personal data are all at risk for a breach at any moment. “That war,” begins Murphy, “is being fought on your iphone and on your desktop at home…and at your workplace.”

Serving as a member of the Cyberspace Solarium Commission, Murphy meets weekly with other public and private sector leaders who, in part, are in charge of creating recommendation reports that detail a national approach toward cyber threats. Believing that these threats will only increase as we move into this new decade, Murphy advocates that we all need to participate in the cyber battle. Both public and private sectors should adhere to the recommendations released this March and learn to practice “proper cyber hygiene.” Listen in to this episode to gain an understanding of basic cyber issues and what you can do to be a part of the solution.